We have a special treat today! Vanessa Chapman, from Vanessa-Jane Chapman, has written about education in the UK. I have always been fascinated with their educational system and am thrilled to hear about it first hand. Please welcome VANESSA CHAPMAN (applause all around).

I really enjoyed reading the series of posts on here last week about Progressive Education, which sounds like a wonderful system. In contrast to that, I’m going to speak about an aspect of the UK education system that I engaged with; an altogether more pressurised and competitive aspect…

Back in the dim and distant past, every 11-year-old in England took an exam called the 11+. Those who achieved the highest results then had the privilege of going to a grammar school.  In the mid 1970s, the system was abolished, however, in a few parts of England it still exists, including the county where I live – Kent.

It is now voluntary, so parents in participating counties decide whether to enter their children for the 11+. Those who pass can then apply to go to any grammar school in their county, but are not guaranteed a place. Grammar schools are state funded, and are therefore free to attend. 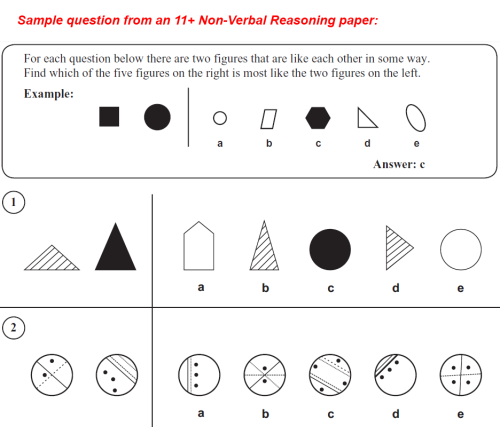 There is controversy around the system – the pressure it places on children, the format of the exams, and probably most significantly, the fact that many parents pay for private tutors leading up to the 11+ to increase their child’s chances of passing. Clearly not everybody can afford to do that and so students from poorer families are potentially at a disadvantage.

My daughter has always been high achieving and so she pretty much sailed through the 11+, and off she went to the local grammar school. My son is three years younger than her, and while he has always done well at school, he was more borderline when it came to the 11+ decision. Following discussions with him, and with his school, I did put him in for it. He didn’t pass.

I should mention here that I didn’t engage the services of a tutor for either of my children.

We were disappointed, but knew we had another chance. A chance to appeal. To appeal you have to play a bit of a game; you apply to the grammar school that you want your child to go to, they then refuse you a place because the child didn’t pass the 11+, and then you submit an appeal.

Previously I had always said that I wouldn’t appeal – I believed that if they didn’t pass, then that demonstrated they weren’t at the required level, and so why try and force it and potentially put them in a school where they might struggle? It’s a logical argument right? However, when it came to it, I did appeal, for three reasons:

1) The Head Teacher (Principal) of the school he was at believed that he was of an ability that could cope with grammar school work.

2) My son is a quiet and sensitive boy, and I knew the environment at the grammar school would suit him better. It’s much smaller than the local high school, and I felt it had more of a nurturing family-feel. He had also indicated a preference for the grammar school himself after looking around both. The high school is perfectly good, but it’s kind of big and scary for a quiet shy boy.

3) The reason that really convinced me though was that my son asked me to appeal. I therefore wanted to send him the message that I was willing to go into battle for him. Whatever the outcome, he would know that I believed in him, and had done my best for him.

When I told other parents that I was appealing, they were supportive, but I could tell that a few of them were partly judging me in the same way I had previously judged parents who appealed. I did have moments of doubt; was I just being a pushy parent?

The appeal process is fairly rigorous. First you submit paperwork explaining your case, including documents as evidence, such as other test results/reports from their current school and a letter from the head teacher supporting your appeal. Again, some parents who can afford it will employ an experienced consultant to help them put their appeal case together. I didn’t. You are then given a date for an appeal hearing where you go and present your case to a panel. The panel are independent, i.e. they are nothing to do with the school itself. There were four people on my panel, plus a representative from the school who was there to make the case on behalf of the school (effectively against me; it’s another game really, they have to do that, whatever they might personally feel).

The hearing is rather like a cross between a court case and a job interview – the school presents their case, you present your case, they ask you questions, and then you leave. The main purpose is to convince the panel that your child is of the ability to manage at grammar school, despite not passing the exam. Showing them cute baby pictures of your kid won’t help (although apparently some people do that!). Therefore your case will mainly focus on what the mitigating circumstances were that could explain why your child didn’t pass.

Most appeals are not successful. But ours was. He received a place at the grammar, and started there in September. Hurrah!

Decisions about taking the 11+, and whether to appeal, are never easy. I did a lot of soul-searching to be sure that I was doing what I genuinely believed was in his best interests, and not just because I wanted the kudos of saying that both my children were at a grammar school. I believe I did the right thing, but how can we ever be sure?

Vanessa-Jane Chapman is a mother of two from England. She works in a university, helping students from disadvantaged backgrounds raise their aspirations and attainment, and is studying for her Masters in Education.