Posted on October 29, 2014 by Rutabaga the Mercenary Researcher

To end the story – my son did OK with soccer – he loved practice but was not too thrilled with the actual games. He was more interested in engaging the refs in some conversation and/or standing around ignoring the game. Why run for a ball you are going to miss anyway? That’s my son… he’s definitely his mother’s kid. But he never wanted to quit. And spending 3 days a week driving 15 miles each way to & from practice/games, I desperately WISHED he wanted to quit. I wanted to quit, but for some reason, that’s not allowed. 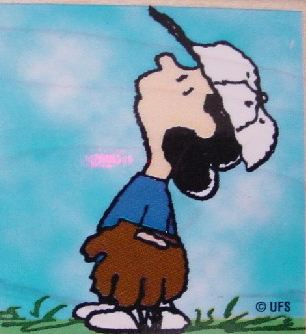 That could be me ~
Cartoon by Charles Schultz

Remember the worst kid on the Royal Blue softball team? The kid that was kind of chunky? Awkward with a bat? Was a little wheezy when running around the field during practice? Yes, I was that kid.  It was an ungainly time in my life. Fifth grade softball – it scarred me for life.

I had a long history of quitting. I quit flute, baton, swim team, figure staking, and gymnastics (which I was actually good at – but then developed a Dolly-Partonesque physique and that was that).   So in 5th grade, I decided to join the North West Side softball league.  I place the blame squarely on my friend Dawn. She was tall, slender and athletic. I was short, stocky and apathetic.  She suggested we join; and like a sheep to the slaughter; I followed.  I didn’t even get…

10 Responses to A Little Factoid ~