When Sheep Don’t Bring You Joy

Posted on August 14, 2012 by Rutabaga the Mercenary Researcher

I wrote this in 40 minutes before work at 5AM – please excuse any offensive uses or misuses of grammar.  mea culpa, mea culpa, mea máxima culpa. That Catholic upbringing was good for something, eh?

We moved out to Tucson, AZ from Long Island (NY) in 1978. My mom was Brooklyn born and raised. My father spent time in Ottawa (that’s in Canada for the geographically challenged) and then most of his life before marriage in Queens, NY.

My brother and I were products of suburbia; raised in a small village called Shoreham on Long Island.  Very idyllic, very Erma Bombeck.  As a child, I LOVED it.  Who doesn’t love playing kickball in the street with Billy Hannigan – and him running as if he was the Bionic Man (making the dadadadadada noise as he rounded every base?). We had block parties, tree houses, snow days, grass, trees, autumn, blizzards and hurricanes!  What’s not to love?

For my father, it was the daily 2 hour (each way) commute, taxes and the last two items on my “Love” list.  So it transpired that he decided to move us to across the United States to a place called “Arizona”.  My cousin seriously thought they had camels here – obviously the Sahara and Sonoran deserts are the same to a 10 year old New Yorker. You have to understand, NO ONE in my family on either side had ever moved away from New York. NO ONE.  My Mountain Man Camping Outdoorsy father had always wanted to be a cowboy.  I have to admit no one else in my family was interested in his fantasy.

The trip to Arizona was a nightmare – and that will be its own post one of these days…but for now, let’s fast forward to our actual move to Tucson, Arizona.  My father is trying to decide where we are going to live.  So one morning he takes us to BENSON, AZ.

On the drive there we were HORRIFIED. Benson has a population of about 12 people. In the middle of the desert: 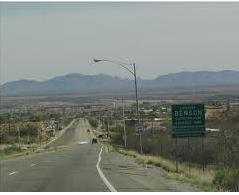 We had just moved from this place: 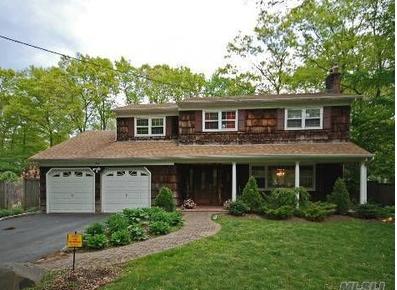 My house in Shoreham, NY – see all that GREEN?

It had cannolis and other great Italian pastry. But no sheep.

So here’s the story.  My father is dragging us around (my brother age 12, me age 9 & my mother “Mom Age”).  We are looking at vacant lots in a vacant looking ghost town.  My brother needs to pee. So my father tells him to find a tree and go.  It’s the desert for God’s Sake – there are NO trees.  So my brother improvises and pees on an agave plant. 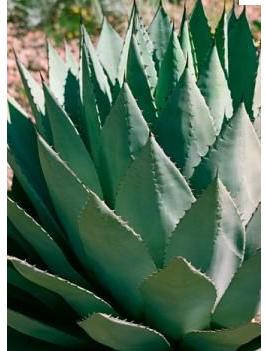 Sharp Freakin’ Needles! We had no clue they hurt…

We know ZILCH about cacti or succulents.  He manages to slice his ‘boy part’ (ok – PENIS) on the agave. It’s really painful – and those head wounds (ha ha) bleed a lot.

At this point, my father decides to take us for some food. Ah good… we see a place called “Pizza Hut” – we’d never seen a Pizza Hut before – but it’s pizza, right?  We go in…my mom is watching them ‘make’ the pizza.  She sees the guy put the dough through a machine to flatten it in to a circle and it’s just too much.  She starts crying… which in turn makes me start to cry and my brother is still crying from the agave incident.

My poor father – he’s happy as a clam to be in Benson, AZ and his wife and daughter are crying over the pizza machine and his son is bleeding out of his pants and crying.   Luckily my father realized at some point that his family was not cut out for life in Benson.  We drove back to Tucson and Benson was never mentioned again.

And that is my story.

97 Responses to When Sheep Don’t Bring You Joy