Posted on March 10, 2013 by Rutabaga the Mercenary Researcher

I have a confession to make.

I adore red heads – male, female; doesn’t matter. I love red hair – I love it when I have red hair. I especially love unnatural shades of red hair.

But my favorite red hair is a huge mane of thick coppery wavy red hair. 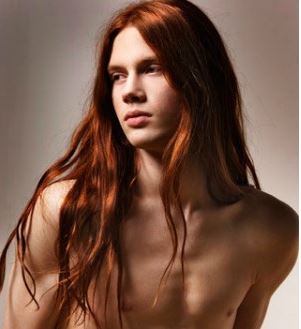 I remember my first ‘ red headed crush’. I was 12. A horrid special time in a girl’s life.  I had “become been a woman” for a good year by that time; and frankly the anticipation was misspent – it sucked.  Plus no one else that I knew had started their period.  So of course right smack in the middle of the monthly ‘woman activities’ I was going to my first and ONLY overnight camp– a week during spring in the middle of my 6th grade year. We had freshman counselors.  Knowing what I know about having to spend a week with 12 year olds is that you want counselors that are slightly older, yet unable to escape via the magic of a license and access to a car.

So I spied him on day one. Seth Black  (an obviously fictitious moniker ). Skinny, shy, awkward, red headed – I was instantly hooked.

Since I can’t post awkward red head pictures of Seth Black –I’ll use Rupert Grint to illustrate. He goes from dork to hot in just a few short years.
Photo Credit: tumblr

Poor Seth, he was probably horrified to have this gawpy 6th grader following him around trying to engage him in conversation.  If my memory serves me right, he made eye contact and spoke with me. Which, of course, was a fatal error on his part – it only encouraged me.  But I can’t fail to think that I made a lasting impression upon him.

That was the end of that.  I never saw him again.

I was 24, working in a natural foods co-op. I was ringing up some groceries and I looked up at the next person in line …and it was a GORGEOUS, TALL, LONG WAVY-HAIRED RED HEADED MAN.

Ok – his hair is not long or wavy like’s Seth’s – but it is the right color and he’s gorgeously gorgeous.
Photo Credit: tumblr

The first thing I do is say “OH MY GOD! You’re Seth Black – I threw a doughnut at your face at 6th grade camp. You are stunningly gorgeous.”  And then my brain registered what just came out of my mouth and I turned a redder shade of red than his hair.  He took it in stride and laughed.

A few years later, I hear some of my naturalist/water-harvesting/birdy/compost toilet-y friends talking about a “Seth Black” and one person said I would love his mane of red hair.  So of course my radar went off and after a few mercenary-reseacherish type questions, I ascertained it indeed was the same Seth Black. Turns out he’s a pretty big deal in Tucson – he specializes in environmental issues and whatnot however I shan’t describe it too much, else he be identified. 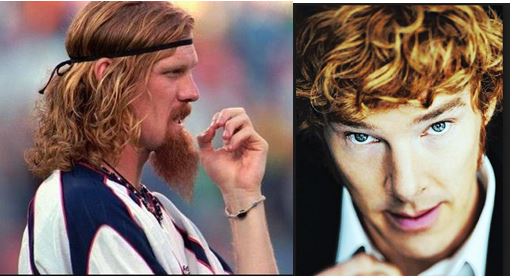 Some are Ron Howards or (god help us all) Carrot Tops.

I don’t even know what to say about Carrot Top…

Last but not least, the most beautiful red head of them all… 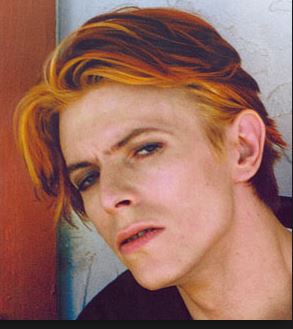 I know at least 10 people reading this were wondering when David Bowie would show up…
Photo Credit: Google image search

And that’s my confession.

*Mr Bill McMorrow has alerted me, via song, that I may only use “Ginger” if I am a ginger – and I’m currently NOT a ginger.