Posted on July 23, 2013 by Rutabaga the Mercenary Researcher

Warning Note: This post contains a Memento Mori photo that I have chosen, which may be disturbing to some as well as content of a disconcerting and creepy nature.

I have  special treat for you today from Rohan7Things. As part of Rohan’s book promotion for SEX, Not As A Separate Subject: A Guide to Great Sex with Great People! he is , eh guest posting.  Today I have him and I bring you his story. So pull up a chair, extinguish all the lights – Rohan has a tale to tell. 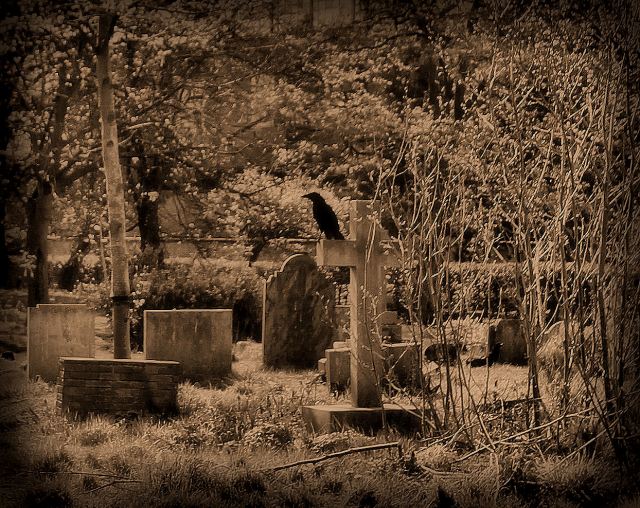 Some people don’t believe in ghosts. I find that strange. To me that would be like someone not believing in chairs, or shirts, or trees. I’ve witnessed ghosts manipulating objects, and I’ve seen them with my own eyes. When I was young a friend of my mother’s was very, how should I put it…”out there”, and she was quite proud of living with a number of spirits in her house. On a regular visit to her place you could expect to see her clothes being tugged and pulled by an invisible force, and feel unexplainable breezes and temperature changes. This spirit seemed to be benign and fairly harmless. It never caused any trouble. The same cannot be said for all ghosts.

When I was six years old I arrived in Dublin with my family. We had just survived a horrendous and terrifying journey across the Irish Sea from England via ferry. The sea storm was as bad as they come according to the ferry staff and no one was spared the queasy plight of sea sickness. (WARNING, the next couple of lines should be avoided by the squeamish!). It was like a sight from a horror movie. The halls were literally sloshing with faeces, urine and vomit thanks to the overworked plumbing system and the up and down nature of rising and falling with waves the size of sky scrapers! It was one of the very worst nights I’ve ever weathered, and I don’t ever remember feeling more relieved to see the sun rise.

Upon landing on Irish shores we settled first into a place in North Dublin city. It was a building made up of five or six fairly run down apartments. My uncle was already living in one of the units with his girlfriend and so it made sense as a place to make a start. The landlord’s (we’ll call him John, though it’s not his real name) elderly father lived on the ground floor, and because of this no one else dared. It’s quite sad actually. The poor old man could barely walk, and retained only about 5% of his vision. The entire ground floor reeked of the result of terrible urinary and faecal incontinence and so the home coming routine consisted of; hold breath, open door, run up stairs, exhale. Because my parents had yet to find work my father negotiated with the landlord to clean the old man’s apartment for a discount on the rent. No one can say my dad never sacrificed for his family! At night the old man’s howls could be heard emanating from the ground floor; “Jooooooooooohn,” he would moan to his son, who lived in the apartment above him, “would you make me an auld egg?” The poor, wretched old thing had barely a tooth in his head and so his diet consisted mostly of boiled eggs.

My parents soon made friends with our neighbours above us; a lovely couple from Donegal. One day my dad and his new friend (we’ll call him Steve, also not his real name) decided to rifle around the dilapidated back garden for anything useful or interesting. The garden was wildly overgrown and filled with piles of – quite dangerous looking – junk. Wooden beams, nails, broken glass and mouldy mattresses peppered the back yard. It was a phobic’s worst nightmare. Right down the back stood a small shed that spewed forth an eclectic selection of trash from all manner of tenants since God knows when! Spurred on by their curiosity and bravado the men pushed forward through the tetanus minefield. Upon reaching the creaking wooden shed they careful dug through the piles of damp and discoloured refuse. Having spent a good fifteen minutes looking, and finding nothing of interest, they were about to call it a day. It was then that Steve’s eyes lit up as he withdrew a collection of very old looking photographs.

My father and Steve excitedly began flicking through the sepia toned snapshots of the past. First a family. Mother, father, daughters and sons. And then a pregnant lady smiling with her proud husband beside her. But then things took very morbid turn. The next photo displayed a coffin. It was small and ornate. A coffin for a child. Smaller even; a coffin for a baby. The men looked at each and swallowed dryly. They felt sick to their stomachs and a chill ran down their spine. Steve’s hand trembled as he moved onto the next photo. It was a baby. Clothed in white lace. It was laid, lifeless inside a velvet lined coffin. But that wasn’t what made the two men run. It wasn’t the dead infant that made them scream and throw the photos away in horror. It was the deceased child’s face; twisted and distorted, caved in and unrecognisable. That’s what made my father and Steve, once so brave, sprint terrified back to the house and never set foot in that back garden again.

A few weeks later I was getting ready for school in the morning. My parents were fast asleep and it was up to me to put on my dapper little St. Peter’s Nation School uniform, grab my breakfast and wake them up, which wasn’t hard as we all were sleeping in the same room. This was the middle of winter in Dublin. The sun doesn’t rise until well after 10am and the room was dark, barely bright enough to see. I had managed to pop on my grey trousers and my little white shirt but it was as I reached toward my maroon jumper that it happened. The jumper, or sweater for American readers, was draped over a chair on the other side of the room, no doubt drying from the rain of the day before. I walked toward it as I would every morning but on this occasion, as I reached out my hand, the jumper physically flipped up, and from beneath it emerged a disembodied head! It was grey in colour, the face of a haggard old man with thick framed glasses and wrinkles as deep as canyons. The head grimaced gruesomely at me and swiftly chased me across the room! I ran backwards as fast as I could screaming at the top of my lungs until I struck the room’s back wall with a dramatic thud. I had never been more terrified in my life, nor have I been since! As my back reached the wall the face passed rights through my face and disappeared. I collapsed on my bed and cried. My parents, alarmed by my shrieks, rushed to comfort me and find out what had frightened me so much.

When I regained the power for speech I explained that I had seen a ghost and I described in incident to them. They believed me. The other kids at school however, were a little harder to convince.

Thankfully I haven’t had any more serious or scary run-ins with ghosts. Though over the years I have seen a number of people who were there one minute, only to vanish as I turn to look away for a moment. Sometimes I’ve felt something brush my arm or leg when nothing corporeal could have done it. And sometimes I’ll just get a vibe. Some people attract bad spirits, and so do some places.

Maybe you believe in ghosts, maybe you don’t. All I can tell you is that everything I’ve written here is 100% true. As for me? Ghosts are just a real as chairs, or shirts or trees.

Thanks for reading, all the best!